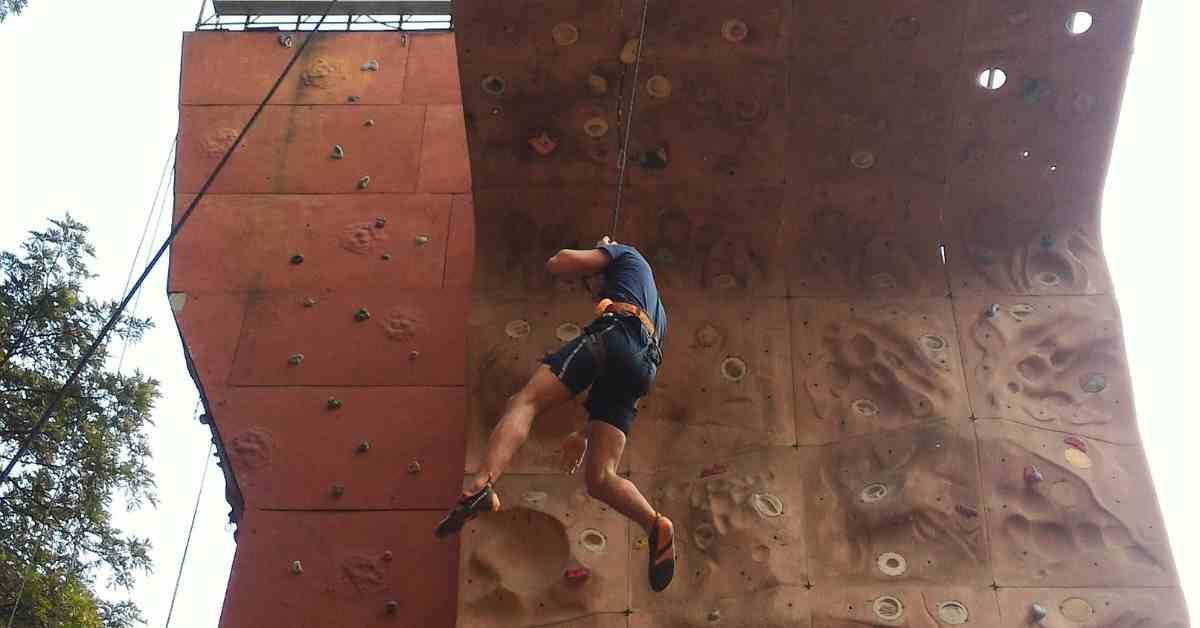 Rock climbing is my favourite sport in the world. Watching Adam Ondra crush routes in climbing competitions, Alex Honnold and Tommy Caldwell speed climb the Nose; Climbing is one of those sports that makes me the happiest. I got into climbing by chance, coming from swimming and running background, I had no idea of climbing as a sport. One day, back home in Bangalore, I stumbled across the Climbing Wall and had a go. I loved it, went back home and went on with my life. It was only a couple of years till I did my mountaineering courses and rediscovered my interest in climbing. Ever since then I have been climbing.

What is rock climbing?

Rock Climbing is a sport in which you try to climb a wall/rock the hardest way possible. Essentially, rock climbing is arbitrary, we as humans have spent generations trying to avoid climbing, by building stairs, elevators and finding slopes. Yet, there are a group of people who actively look for finding the hardest way to climb an object.

There are essentially two mediums for climbing, Rock and Artificial. The former is where you climb on natural rocks and the latter on man-made fiberglass or wood panels affixed with plastic or wood holds. There are various subcategories in both the mediums and usually refer to the way the ‘route’ is climbed.

How do I get started with rock climbing?

Rock climbing has an active community that encourages people to join. Depending on where you live, there are numerous climbing ‘gyms’ where you learn the basics. These walls or gyms are where most competitive climbing take place as well. As Rock Climbing is part of the Olympics since 2020/21, competition climbing has reached a new level and a wider audience. We at Adventure-Pulse also organize rock climbing workshops. You can learn more about them here.

Most mountaineering institutes in India such as Himalayan Mountaineering Institute, Darjeeling and Nehru Institute of Mountaineering, Uttarkashi and so on offer dedicated rock-climbing courses. These range from 10-15 days long and cost around Rs. 10,000.

Once you begin, you’ll be introduced to a type of climbing known as Top-Rope Climbing. In this form, the rope will be passed through a top anchor with one end connected to the climber and the other to a belayer. A belayer is an individual who, with the aid of a belay device adds friction to the system and ensures you don’t come crashing down. Top-rope climbing is perfect for beginners as it allows you to only concentrate on the climbing.

Some Climbing Gyms/walls in India

What equipment do I need for Climbing?

On your first day climbing, you do not need any specific climbing equipment. Most walls have a harness and an option to rent climbing shoes. Wearing loose fitting clothes, thin soled shoes such as the ones we used for PT (If you don’t have the option to rent shoes.). As you climb more often, it makes sense to purchase a pair of climbing shoes, climbing chalk and a chalk bag. Eventually, you can invest in a harness and belay device.

Does Rock Climbing require a lot of upper body strength?

Yes, rock climbing does require SOME upper body strength. However, don’t let this discourage you from trying. Rock climbing is a sport that anyone can do. Girl, boy, man or woman, anyone can climb and climbing has one of the most diverse group of people. Climbing is a whole-body workout Don’t feel nervous, have a go and I am sure you’ll get hooked.

What are the different disciplines of climbing?

There are number of disciplines or specializations in climbing. For simplicity, we’ll stick to the Olympic format. At the Olympics and in competitions, climbing takes place on an artificial wall with plastic holds and there are 3 major disciplines:

Why does rock climbing have specialized shoes?

Rock climbing, like most sports requires specialized equipment. Rock climbing shoes are designed for you to put a lot of pressure on a small area such as on a foothold. Their sole is also made of a special rubber that maximizes friction. Additionally, you wear a shoe that is tighter than usual,  so it molds to your feet.

Is climbing a good full-body workout?

Climbing is the perfect sport if you are looking to get fitter. It works on the whole body and mind. The pulling movements help build your arms and shoulders and the standing up works your lower body. There is a lot of mobility involved in climbing as well. Before you start climbing a route, a good practice is to visualize the route thus stimulating your mind as well.

If I could leave you with one thing, that would be to just go and try climbing and hopefully you’ll fall in love with it just as I have. We at Adventure-Pulse also organize Rock Climbing workshops and you can contact us at [email protected] to know more about them.

« Everything you need to know about The Kashmir Great Lakes Trek

Pindari Glacier Trek: Everything you Need to Know. »