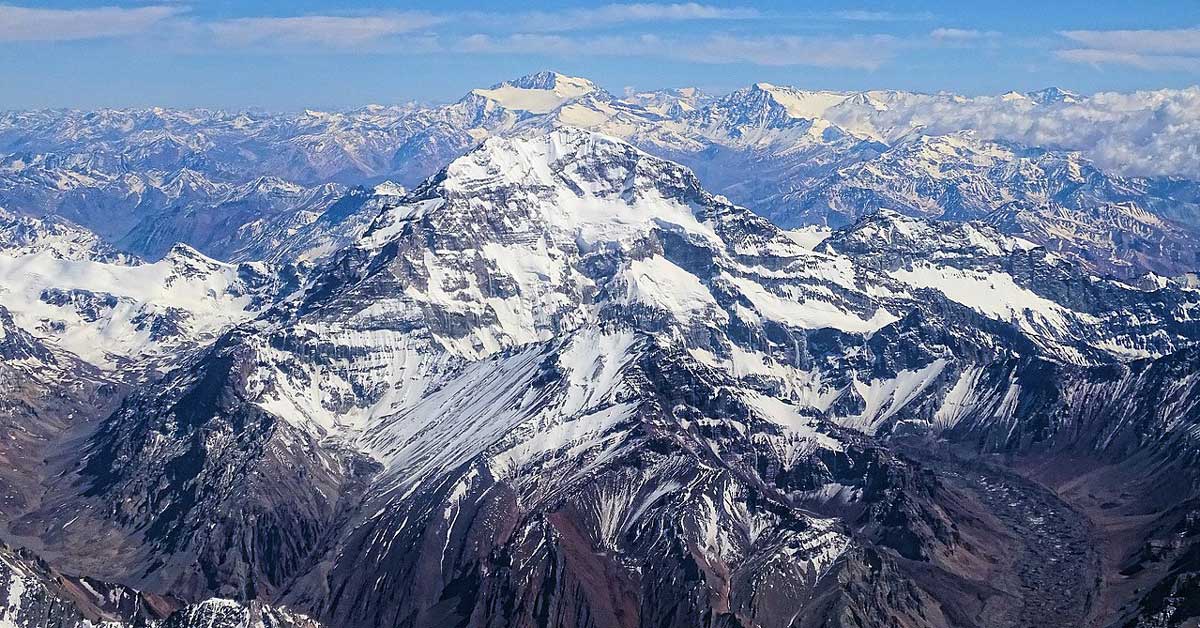 Climbing Mount Aconcagua, the highest peak in the Andes mountain range of South America, was once beyond the scope of our wildest imagination. Situated in the distant horizon of the southern hemisphere, the journey to Argentina seemed too long, too remote and therefore too inaccessible. But over the last few years, a new breed of ‘Adventure Enthusiasts’ have emerged in India, those who are aspiring to reach greater heights. Today, attaining the summit of Mount Aconcagua, the highest mountain of South America, is certainly the new frontier for Indian adventure climbers.

India has one of the largest mountaineering communities with over 500 Everest Summiteers, countless Kilimanjaro Summiteers and an active climbing community. Within this community of mountaineers also exists a large subset that has embarked on an incredible journey to attain the 7 Summits of the World.

For those unaware, the ‘Seven Summits’ or the Seven Summits Challenge, is the challenge to climb the highest peaks in all 7 continents. The mountains are namely,

There are many iterations of this list depending on the definition used for a continent. The first ambiguity being Mt Elbrus as the highest mountain of Europe though its physically located in Russia; and the second depends on the continent reference to Australia or the inclusion of the entire region of Oceania which results in either Mount Kosciuszko or Puncak Jaya (also known as Carstensz Pyramid) as the highest point, respectively.

Mt Everest, Denali and Vinson Massif are the hardest of the 7 with each having their hurdles, from accessibility, C.T.C (Cost to climb) & required technical mountaineering skill.

Mt Kilimanjaro and Mt Elbrus are by far the easiest (relatively speaking) as they require minimal climbing experience and have a relatively lower cost as compared the rest.

Kilimanjaro was on the first of peaks to go mainstream especially in India. It was more accessible, as Tanzania is a short flight from India and has a relatively shorter climbing itinerary. Furthermore, Africa has a lot of sightseeing and wildlife safaris to do.

Mt Elbrus was the next to go public, with many of the Kilimanjaro Summiteers heading to Elbrus to bag their second of the 7 summits. With great infrastructure, Mt Elbrus has ski lifts and snow cats to take you some length of the mountain.

Aconcagua was once considered the final frontier, inaccessible to most people in India, too far or too expensive all the way to in Argentina. But now, things are changing.  Aconcagua is the next popular 7 summit. Slowly, it is gaining in popularity and more and more Indians are travelling to Argentina for a chance to climb the highest mountain in the Americas.

The Military Geographical Institute of Argentina records its highest point as 6,959 metres. In January 2001 a team of scientists led by Italian geologist Giorgio Poretti measured the height using advanced GPS technology and reported a height of 6,962 metres, plus or minus 5 metres. This figure has been used widely but not officially recognized by the Argentinian government.

Aconcagua, falls in between Elbrus and Denali when it comes to technical requirements, but has its own set of challenges. As Aconcagua is close to 7000m in altitude, its major challenge lies in its altitude. To better your chances of climbing, you would need to incorporate acclimatization hikes.

Where is Mount Aconcagua Located?

Aconcagua is located in Argentina and is 15km from the border with Chile. It is the highest peak of the Andes. The trek to Aconcagua starts from the city of Mendoza. You can get to Mendoza by flying to Bueno Aires (The Capital of Argentina) or from Santiago (Capital of Chile). From Bueno Aires, Mendoza is a 1.5 hr flight or a 13 hr bus journey. It would cost you around 200USD to fly to Mendoza. Flying from Santiago allows you to get a beautiful view of the Andes and make sure you get a window seat. From Santiago, Mendoza is a 30-minute flight. Flights from Santiago to Mendoza would cost around 200-300 USD, one way.

What kind of physical shape do I need to be in to climb Mount Aconcagua?

This trek into the Andes is strenuous and does require that you have previous trekking or mountaineering experience. It does not require any technical experience with the trail following mostly rocky terrain. However, you might need to use crampons at some sections, which our guide will help you with. Good cardio-vascular conditioning and exercises for muscles that are used to hiking will make your trip much more enjoyable. As Aconcagua is close to 7000m, it requires good physical conditioning and you will need to walk for around 6-7 hrs while carrying significant weight in your rucksack.

What are the different routes to climb Mount Aconcagua?

How much does it cost to climb Mount Aconcagua?

An expedition to Aconcagua including flights can range to upwards of 7 lakhs including flights. The major variables are the flight tickets and the season you climb. The permits for the mountain change season to season and can range from 700-1000USD. Personal Porters are at a premium on the mountain. On the trek, you will be staying in dome-shaped tents.

Do I need any special equipment or climbing gear during this climb?

You would need some technical equipment. Namely, mountaineering boots and crampons. This would be required while trekking up through the mountain. In case you are not able to purchase them, you can rest them from Mendoza and we will be happy to help you with the process. This mountain is extremely notorious for strong winds.  Suitable layering to protect yourself against the elements is a must. Some climbers even opt for wearing full Down suits.  We will be sending a list of ‘what to carry’.

What is the Communication system available on the way?

There are different ways to be in touch with your family. If you have a SIM card with International Roaming on it, your Phone network will work for 4 days out of the total 18 days, so you can easily be in touch with your family. At Base Camp, we will have access to the internet through the Wifi services but on the mountain, you will not have access.

As Aconcagua is located in the southern hemisphere, the ideal time to climb is in their summer. We at Adventure-Pulse are proud to add Aconcagua to our list of mountain destinations. With the ideal climbing months of December to February, the holiday season can be used for you to get the second highest peak of the seven summits under your belt. With included permits and porters, Adventure-Pulse can ensure a comfortable safe journey and a high chance of reaching the summit.

« Trekking after COVID 19: The Future of trekking post lockdown.