Everything you need to know about climbing Mt Kilimanjaro 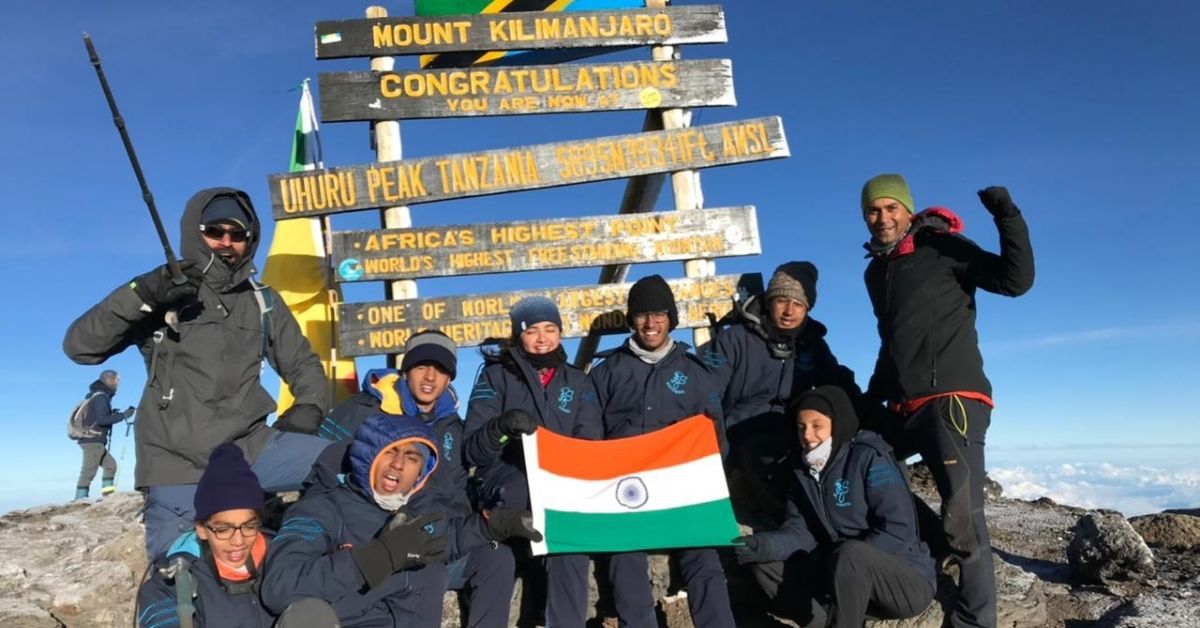 Located in Tanzania, Mt Kilimanjaro is a mountain like no other, being the highest mountain in Africa, It has the distinction to be part of the exclusive seven summit club and is known to be the highest free-standing in the world. Mt Kilimanjaro is extremely rich in its biodiversity and attracts thousands of climbers and trekkers from around the world. On an average of 7 days, a climber experiences thick rainforests, cold arid deserts and a vast glacier all on a dormant Volcano. The highest point of this dormant volcano is called the “UHURU” peak located at 5895 mts (approx. 19,450 feet) above sea level.

This 7-day climb starts from an altitude of roughly 6000 feet and goes up to 19,500 feet. This is some serious height gain in a short duration of time and requires climbers to be in very good physical fitness and have some prior high altitude trekking experience as well. Having organised over a dozen expeditions to Mt Kilimanjaro at Adventure Pulse, 4 of which I have personally led, here are some key features you should know about the Kilimanjaro trek in case you are planning one.

How difficult is the Kilimanjaro climb.

The climb to the summit of Kilimanjaro ( Uhuru peak ) is quite tough and challenging. I would personally rate the climb to be tough with long days of walking. Each day involves about 6 – 8 hours of walking with some significant jump in altitude as well. The climb starts at approximately 6000 feet and the summit is located at 19,500 feet, which is a decent height gain, given the number of days. Most climbs on Kilimanjaro are done in 6 – 8 days. At Adventure Pulse we usually trek on the Machame route with a 7-day itinerary. It’s a specially designed itinerary with one extra day when compared to most other climbing companies who operate on this route.

I am a first time trekker. Can I do the Kilimanjaro climb?

Given the above facts, Kilimanjaro is usually not recommended to first-time trekkers or climbers, however, in the case of good physical fitness, it can be considered. If you are overall into good and regular fitness, Kilimanjaro can be considered as a first-time climb as well. Typically at Adventure Pulse, about 30% of the climbers are first-time trekkers and about 70% of them have some prior high altitude trekking or climbing experience.

What are the different routes on Mt Kilimanjaro?

Mt Kilimanjaro is one of those unique mountains which has 7 accessible routes going up. What makes it more interesting is that for most of the routes, the trail climbing up is different than the trail coming down. This helps regulate the traffic on the mountain and climbers get to see new terrain every single day, even while climbing down, which is not the case in most treks and climbs. Some of the popular climbing routes on Mt Kilimanjaro are:

What are the stay arrangements on Mt Kilimanjaro?

Mt Kilimanjaro is a complete camping experience ( except if someone is climbing on the Marangu route). On the Machame route, a total of 6 nights of camping is organized by Adventure Pulse. The camping set-up typically contains dome-shaped, weatherproof tents on a double sharing basis. A dining tent with table chairs for comfortable dining, a toilet tent with a western-style toilet and a separate kitchen tent for the preparation of fresh meals. In the dome-shaped sleeping tents, we also provide good quality mattresses and sleeping bags to make your camping experience as comfortable as possible.

Three nights hotel accommodation on twin sharing basis is provided in a good three-star hotel in the town of Arusha. Two nights before the climb and one night after the climb.

Do I need to carry my bag while on the Mt Kilimanjaro Climb?

At Adventure Pulse, all our expeditions are on full board service and there are local porters to carry your bags. The bag should ideally not weigh more than 12 Kgs on the trek. All you need to carry is a day pack with your essentials like water and an extra jacket.

What Kind of food do we get on the climb?

Meals are fresh and prepared in our kitchen tent by the expedition cook. The food is usually continental style with a bowl of vegetables, salad or chicken served with rice or pasta. For breakfast, fruits, toast, corn flakes/porridge and eggs are served.  Hot drinks like tea, coffee / hot chocolate are provided 3-4 times a day. Boiled water for drinking is available in the kitchen at all times.

What are the communication systems available on the way?

Most of the way on Mt Kilimanjaro, no network is available, except one or two hidden spots which are also not very reliable. However, each campsite is manned by the forest rangers and they have walkie talkies to communicate with the base of the national park. So in case of an emergency, a call can be made from the ranger hut for evacuation. However, making regular calls to be in touch with the family is not possible during the trek.

What happens if I fall ill and am not able to complete the trek?

Our staff is always there to help you and will arrange for a suitable evacuation depending on the situation. The ranger huts on each campsite have a rescue team in place which use the old traditional wheelbarrow with a makeshift stretcher on them, in case the person is not able to walk, he/ she can be evacuated to the closest exit point within 6-8 hours.

We also recommend all our climbers purchase evacuation insurance with – Flying doctors for a helicopter evacuation which is a feasible option as well.

How do I prepare for the climb to Mt Kilimanjaro?

Any climb to 19,500 feet requires very good physical fitness levels. Ideally, you should start preparing about 3-5 months in advance and concentrate on cardio-related exercises and build endurance. You can read more about the fitness required here.

« The Kashmir Winter Trek to Marchoi Valley: Trekking in a Pandemic.

A qualified mountaineer from the prestigious Nehru Institute of mountaineering, Sauraj Jhingan, brings with him, tremendous Human Resource experience, having worked in diverse business verticals, such as ITES, IT and Standard Chartered Bank.