(Banned till 2022) Mt Stok Kangri Trek in Ladakh: All you need to know A couple of days back I was looking to plan a trek in Leh. It was winter and I felt a sudden urge to go trekking in the mountains. Scrolling through my options, I came across an article talking about the ban on the Mt Stok Kangri trek in Ladakh. I immediately started reading as much information as I could. About the ban, the causes and anything I could google. Reading these articles, I began to reminisce about my experience on this beautiful mountain. 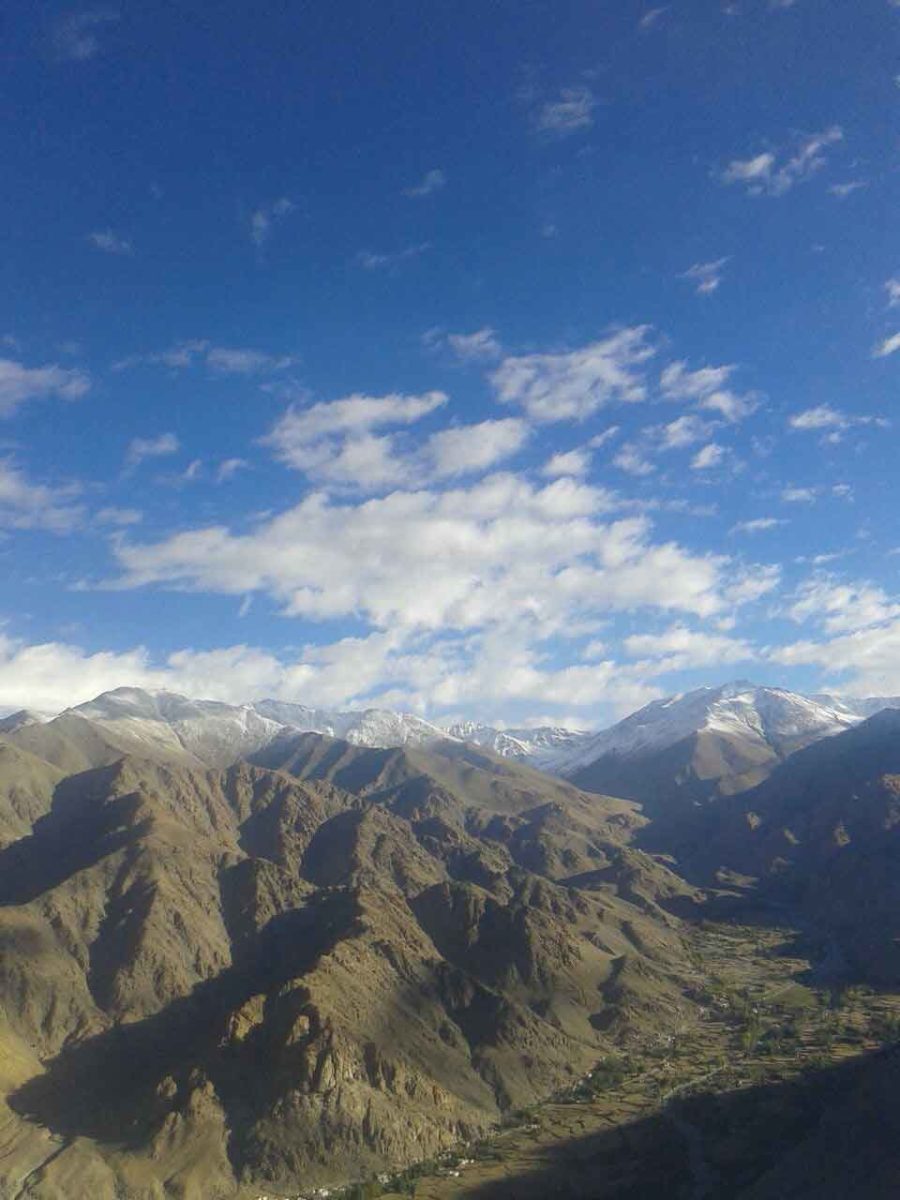 It all started when my friends and I came back from the Mt Everest Base Camp Trek. After a successful trek, we were looking to climb even higher. Plus, I had heard that Mt Stok Kangri was easy to achieve peak and even amateurs were able to climb it. Being about 600m higher than Mt Everest Base Camp, it sounded very exciting.

I should mention here that we all were 15 years of age. Despite this, we felt confident after our performance on the Everest Base Camp trek.

Looking back, I must say, Mt Stok Kangri trek is by no means easy. Although they say it is a non-technical mountain, some prior knowledge would be very helpful. At one point, I remember walking on a narrow ridge with a hundred ft drop on either side. Oh, and did I mention the extreme cold and the strong winds trying to push you off?

At the height of 6153m, Mt Stok Kangri is one of the highest trekkable mountains in the world. In comparison, Mt Kilimanjaro, the highest mountain in Africa, is at the altitude of around 5895m.

Due to its altitude and accessibility, it’s very popular among Indian and international climbers. It serves as an entry point for amateur trekkers, as well as seasoned mountaineers. The terrain makes it ideal for practice and training for higher mountains. 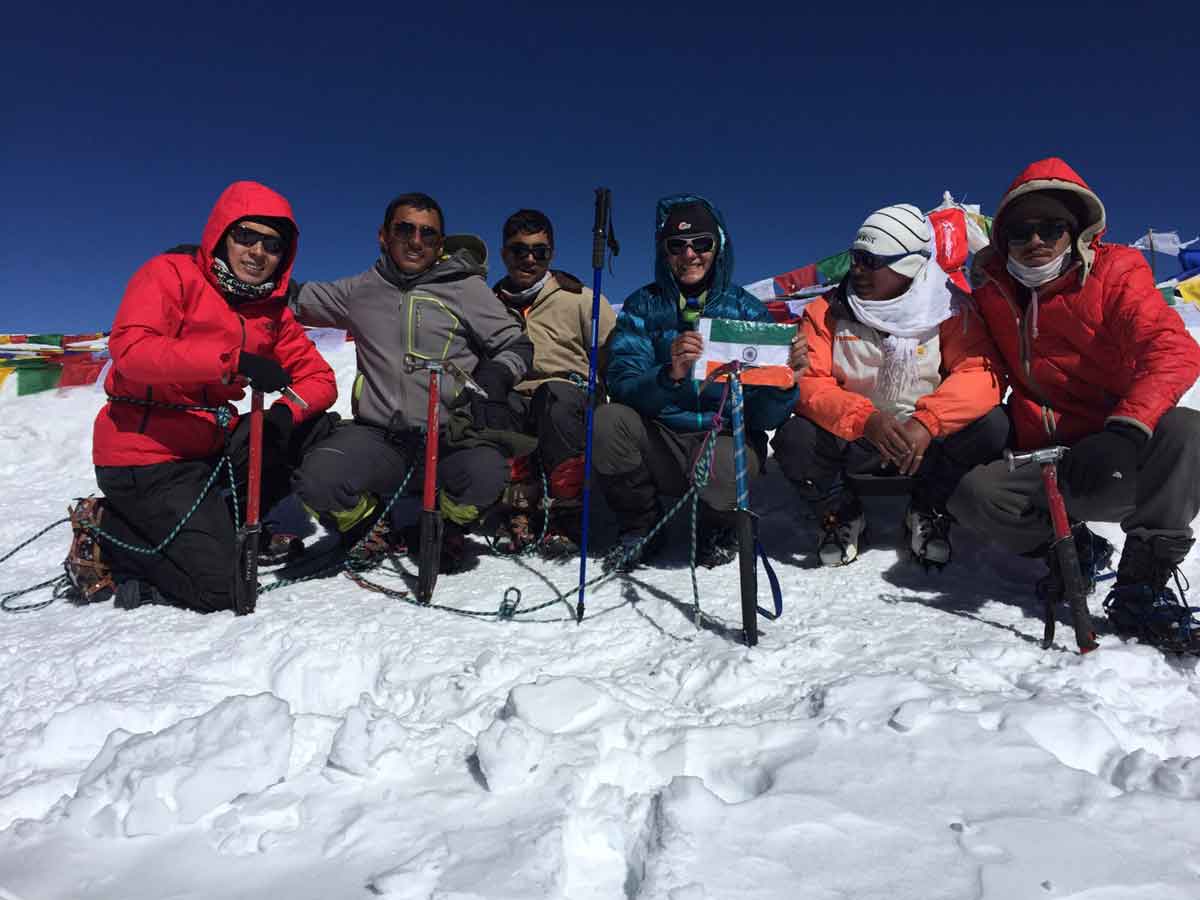 Also, there is another high altitude trek with similar features called Kang Yatse II trek. Offering a similar experience, this is also a non-technical trek at a height of 6250m, but is not as well known. In spite of these similarities, it hasn’t seen the same extent of commercialization as the Mt Stok Kangri trek.

These treks have been a boon for the economy of Leh and its people. It is contributing to the already thriving tourism industry in the region.

As a result, Leh and the Stok glacier have experienced a large and unchecked influx of tourists. This has lead to irresponsible tourism and uncontrollable over-commercialization.

My expedition with the team of Adventure Pulse started as the season was ending. We were lucky not to encounter large numbers along with us, although we did meet a couple of climbers on our way.

The months of July and August are the peak season for these high altitude treks. During this period, large numbers of climbers flock to this glacier, putting a toll on it and its limited resources. A few years back, the body of a climber from Punjab was found frozen on the summit. It was later found out that he was climbing without a guide or proper equipment.

I have personally seen many trekkers not following adequate acclimatization practices before climbing. This eventually causes greater problems higher up on the mountain and can even lead to severe AMS.

There has been a rising number of deaths and accidents on the mountain due to the neglect of proper mountaineering practices. Also, many expeditions focus on cost over safety, with a focus on leading mass expeditions up the mountain.

Expeditions led on the mountain generate a lot of waste. I have also observed another factor between Mt Stok Kangri and other mountains I’ve climbed. The beautiful river flowing throughout the route and along the campsites can act as a convenient waste disposal system.

The way expeditions generally deal with waste on the mountain is a bit different. We have to dig holes and pitch up toilet tents. Also, you have to carry other heavy waste up and down the mountain. The river just offers an easy solution to these problems.

Not only are these practices unethical, but they are also highly unsustainable. They cause irreversible environmental damage to the mountain and the glacier. 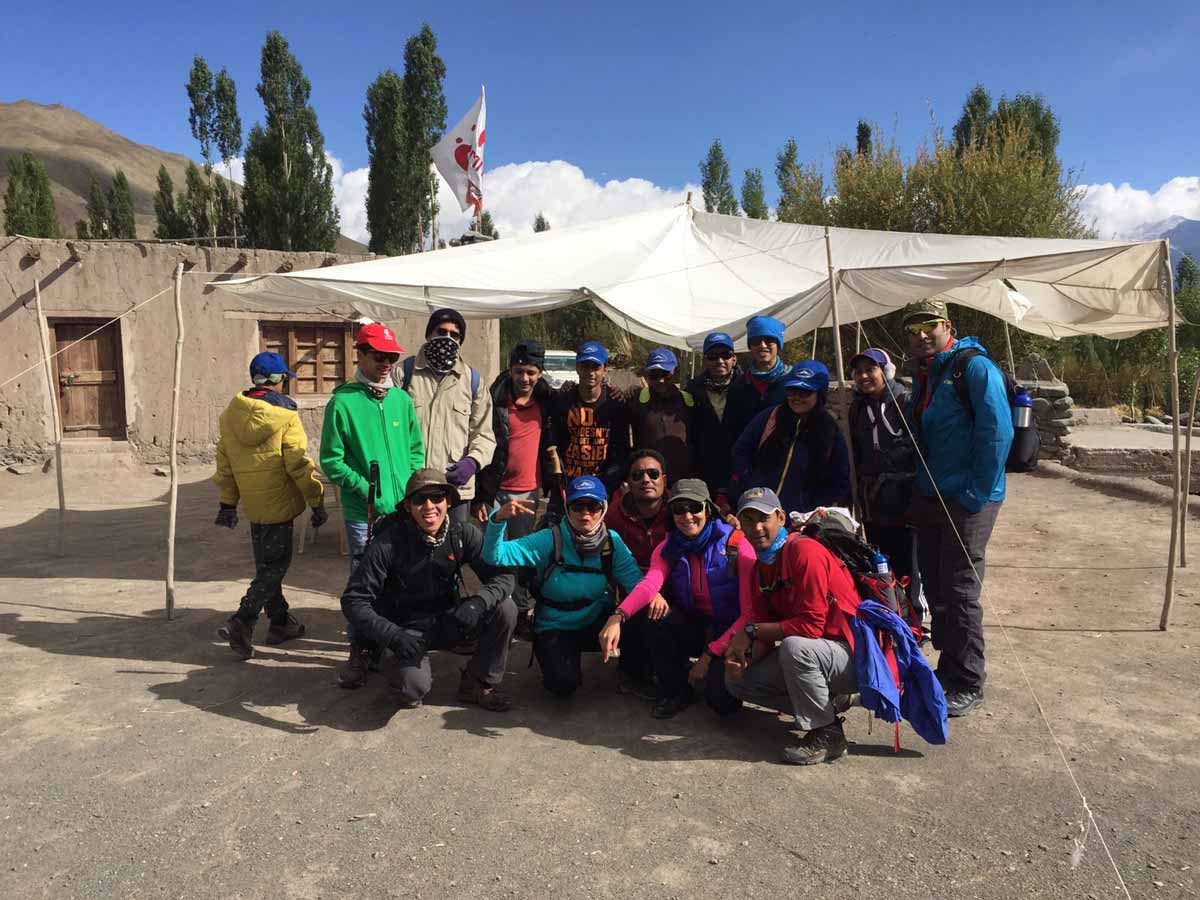 The trek begins from the Stok Village, established around the river flowing through it. It is about an hour’s drive from the city center and acts as the starting point for the Mt Stok Kangri Trek.

For generations, the local community of Stok village has depended on the glacier as a source of water. However, in recent years, there has been an increasing number of mountaineers and porters passing through it.

Their constant movement up and down the mountain pollutes the only source of water for the village taking away a major part of their sustenance. Besides this, the Meteorological department reported an increase in local temperature by 1-5 degree C.

This alarming discovery initiated a response from the authorities and the locals. The ‘Stok village committee’ and the ‘All Ladakh Tour Operator’s Association’ have taken a call to protect the region. They have closed the Mt Stok Kangri trek for all expeditions from 2020 to 2021.

This decision will certainly have an adverse economic impact on the city of Leh and its locals. Still, the authorities and locals gave a positive response, taking a step to protect the mountain and prevent irreversible damage.

The government has now announced the closure of the trek from 2020. There is a need to look at different solutions to ensure such a situation does not repeat itself.

The Chadar frozen river trek is also facing the same issue. It also suffers similar problems of unsustainability and over-tourism each year.

I was lucky enough to experience the grandeur of Mt Stok Kangri trek. 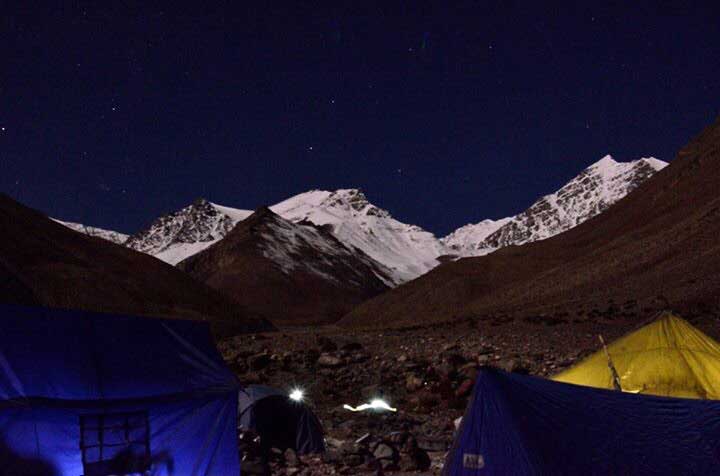 With its massive glacier and a panoramic view of the Karakoram ranges, this majestic mountain altitude peak. certainly has its own allure. I would have recommended it to anyone looking to climb their first high altitude mountain.

The decision to close it, although disheartening, is nothing short of logical. Certain measures to protect it now seem unavoidable and I believe they have been taken in the best interest to preserve this unique peak.

There are numerous ongoing discussions on global warming and its prevention. As an integral part of this, the conservation of nature plays a fundamental role in making our planet greener.

The tour operators have to change their approach to organizing expeditions. Also, we as trekkers bear the crucial responsibility to maintain the surroundings we climb in. Plan every trek with the goal of ‘leave no trace behind’ in mind.

This type of ecologically sustainable trekking seems like the only solution to such problems. It may help to avoid more of such measures to protect the very mountains we dream of climbing.

While Mt Stok Kangri trek remains closed, there are alternatives such as Kang Yatse I and II in the same region.

Kang Yaste II is also a non-technical climb that offers a similar experience to Stok. It will be interesting to see how commercial expeditions are now led on these mountains in the light of the recent action taken to preserve Stok.
We’ll have to wait and see if the expeditions are led in a more ecological and sustainability-focused format. But I must say Mt Stok Kangri Trek in Ladakh was one of the Best Adventure Trek ever.

Kanishk Pande, at the age of 19 years, is an avid mountaineering enthusiast having trekked the Everest Base Camp in Nepal, Mt Kilimanjaro in Africa and Mt Stok Kangri trek in Ladakh; to name a few. His passion for the mountains is evident in his drive and his words, on ecological sustainability giving credence to the fact that we all play an integral role in conservation.

Kareri Lake Trek: The Best Himalayan Trek to take Your Child in 2020 »

Traveller's Blog is like a small platform where people share their travel stories, their trekking & hiking experiences and much more. If you want to share your travel story, write to us at vinay.kadam@adventure-pulse.com